Peter Alexander Sleepwear is a prestige lifestyle brand that is both aspirational and affordable. Consumers can access and enjoy collections of Peter Alexander designed sleepwear, loungewear or daywear, homewear, footwear and giftware by shopping directly from retail stores, internet or catalogue.

The business was acquired by The Just Group from Peter Alexander, the founder and the head designer of the brand since 2000. It has grown with leaps and bounds from a pure catalogue based business to a multi-channel business with more than 80 retail stores within Australia and New Zealand and a sizeable online business. It was named Retail Chain of the Year (less than 20 stores) in 2006 by Ragtrader Magazine.

Together with Peter Alexander himself as the head designer and head of marketing of the brand, the Group will embark on further growth paths both domestically and internationally. It is an exciting lifestyle brand for consumers and for The Just Group. 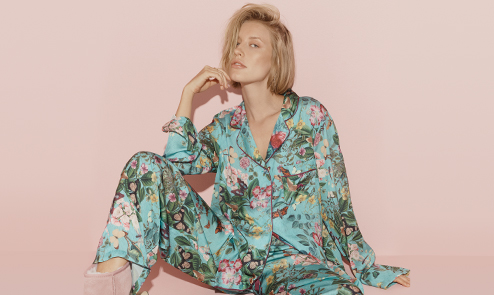 To find out more visit the Peter Alexander website.